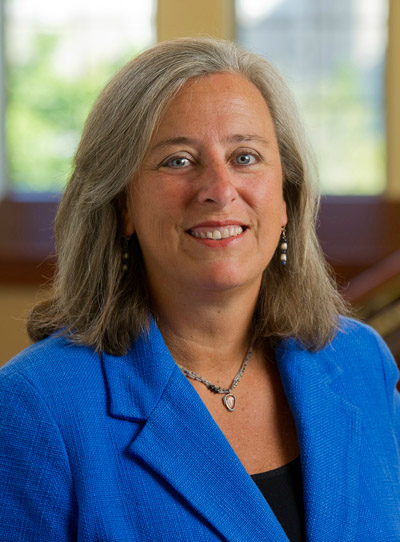 Sharon Stack, director of the Harper Cancer Research Institute, believes that research funding from the Walther Cancer Foundation has been transformative for her nascent institute. “Walther has enabled Harper to establish programs that define us as an innovative, highly collaborative basic research institute,” she says. “Walther has helped us make a space for ourselves in this area and to grow more rapidly than we would have without their support.”

Founded in 2011, the Harper Cancer Research Institute is Indiana’s newest cancer research center. As a joint effort between the University of Notre Dame and the Indiana University School of Medicine South Bend, the HCRI includes faculty from both universities — all studying the biology of cancer with the ultimate aim of more effective treatments and outright cures.

Collaboration is a foundational principal for Harper, and Walther has been at the forefront in providing financial support to this end. “Collaborative grants specifically require us to do team science. Researchers who interact with Harper are used to hearing, ‘Hey, let me go find some collaborators in engineering and math.’ ’’ Judging by the results, team science at Harper is working extraordinarily well. “We’ve had really fruitful collaborations. Really super novel, really interdisciplinary interactions,” Stack says.

With Walther’s funding, Stack has established a “signature” grant program that the institute uses like a venture capital grant. To win one, primary investigators must recruit researchers from at least two disciplines. “We end up pulling in people who would not ordinarily be working on cancer research,” she says.

A prime example is one of Stack’s own Walther-funded projects, which involves early detection of throat cancer associated with the human papilloma virus. Stack started with a tantalizing clue: she knew that tumors in the throat produce a specific microRNA. If this microRNA could be detected early, physicians could prevent full-blown cancer from developing.

Looking for a collaborator, she found one in Notre Dame’s College of Engineering: Chia Chang, an engineer and expert in microfluidics. “He was developing an approach to analyzing DNA from Asian carp in Great Lakes water,” Stack says. The more she understood Chang’s research, hunting for single markers in a vast quantity of data, she realized he could help her identify the small RNA in cancer patients.

Today, Stack and Cheng are developing a simple-to-use diagnostic for HPV-associated throat cancer. “We envision the kind of test where you spit in a cup, and our device could detect the microRNA signature present in that fluid.”

Another Walther-funded project at the HCRI involves understanding how breast cancer can metastasize to the brain. Cancer researcher Siyuan Zhang has partnered with biomedical engineer Jeremiah Zartman to develop a way to render mouse brains transparent. “With that,” Stack explains, “you can image through a brain in three dimensions. And what you can see are tiny breast cancer metastases, about 10 cells in size, growing in the brain.” Importantly, the researchers also could see the brain’s astrocyte cells wrapping around the metastatic lesions, which no one had seen before; in fact, the team has discovered that the brain cells communicate with breast cancer cells in such a way as to render them hidden in the brain – and meanwhile causing tremendous damage.

Stack says the good news is that this communication between cells has become a new drug target. The engineer and cancer researcher on the project have enlisted the help of a chemist, who is helping to design drugs to cross the blood-brain barrier and target this event. Then the group enlisted a fourth member: a computer engineer to write algorithms for analyzing the three-dimensional images.

“So we’ve got a cancer biologist, a chemical engineer, a synthetic-organic chemist, and a computer scientist on that project,” says Stack. “It’s my absolute favorite.”

Walther’s funding not only advances basic science; it is inspiring unprecedented collaboration between Harper, the area’s two cancer hospitals, and the medical pathologists in South Bend – and by so doing improving outcomes for cancer patients in the area.

It started with the Walther-funded tissue bank at Notre Dame. Pleased with the mutual benefits of such a resource, the research center, cancer hospitals, and pathologists all kicked in funding to secure an instrument to perform the complex operation of mutational profiling. “It looks at a panel of mutations that are known to be present in certain tumors, maybe 500 at once,” Stack says.

This advanced diagnostic is commonplace at large academic research centers like the IU Simon Cancer Center. “But in most community hospital settings, like ours in South Bend,” says Stack, “patients simply don’t have access to this kind of state-of-the-art testing.”

Stack says that local pathologists report mutations that they previously were unable to measure, which means local oncologists now get better information about their patients, and patients receive better care. “Eighty percent of cancer patients are treated in the community hospital setting. So bringing this kind of care to our area is vitally important,” she says. “And Walther allowed us to bring this to our community.”

Stack wants the public to understand the importance of the Walther Cancer Foundation’s contributions to fundamental research: “My mantra is ‘research cures cancer,’ and Walther is bringing us closer to cures every step of the way.”

Dr. Stack’s overall research focus is in the area of molecular mechanisms of metastasis in ovarian and oral cancers. The major focus of her laboratory is understanding the molecular mechanisms by which tumor cells orchestrate multiple micro-environmental cues to regulate the expression and activity of metastasis-associated proteinases. She has published over 140 peer-reviewed research articles and reviews. Her laboratory has been continuously funded by the NIH/NCI since 1989. Stack was elected a Fellow of the American Association for the Advancement of Science in 2012.